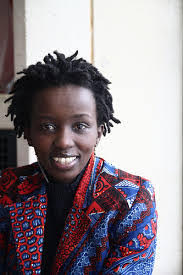 Njoki Wamai is an assistant Professor in International Relations Department at Kenya’s oldest private university United States International University-Africa. She was previously a Post-Doctoral Researcher at the Politics and International Studies department (POLIS), Cambridge University. Her research focus is on the tensions between international and local practices of transitional justice in Kenya. At Cambridge, Njoki was the founding president of the Cambridge Eastern African Society (CamEAS) and and the Black Cantabs project which aims to curate the achievements of black Cambridge alumni at www.blackcantabs.com. She is also a co-founder of the African Society of Cambridge University (ASCU). She is an alumnus of the Africa Leadership Centre (ALC) at King’s College London. Njoki worked in the non-profit sector in Kenya at Kenya Human Rights Commission and at the Centre for Humanitarian Dialogue. Her research interests include critical transitional justice, critical theory, politics of Africa, African feminisms and development of political thought from Africa