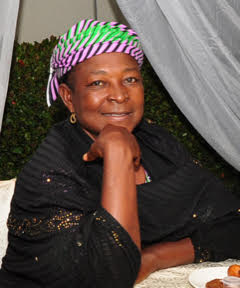 I am a teacher from the Kaninkon chiefdom in Jemaa’a Local government of Kaduna State in Nigeria, about 200 kilometres from Kaduna City. The inhabitants of this chiefdom are mostly the Kaninkon people who occupy 95% of the villages in this chiefdom. They speak Kaninkon language and are predominantly farmers and Christians. Within the Kaninkon chiefdom, the settled Fulani occupy part of Dangoma. They are also farmers and are all Muslims but are not cattle herders. There are also Fulani herdsmen who live in all the villages of this chiefdom. We lived together in peace for decades until late 2016 and early 2017 when a crisis erupted as a result of destruction of farm crops by cattle and herders and blockage of cattle routes by farmers. This conflict became violent when suspected Fulani gunmen attacked two villages Goska and Bakinkogi, which is my village. Violence led to loss of lives and property by both parties. Houses, food in granaries, vehicles, and furniture were burnt down. The cattle of the herders were also killed. During this crisis, my uncle and nephew were killed.

Silent killings (which means the attacks against villages had ended but people would be waylaid while alone and killed) continued, however. This meant that people could not go to their farms because each time they went; unknown gunmen would waylay and shoot them to death. I was not in my village the day it was attacked, but I was psychologically affected because of the shock. My house was not burnt down, but it became a internally displaced people’s camp as I hosted more than 30 women and children for about four weeks – sharing food together, clothes and sleeping places with them.

I had participated in the peace dialogue as a negotiator. So I used my experience and the Christian religion to preach to those who took refuge in my house and encourage them to accept what happened to them as the will of God and forget their losses. Since that incident, the Kaninkon people lost confidence in the Dangoma people because they believed that they were the perpetrators of the violence. They also believed that Dangoma was the hiding place for the attackers. This resulted to a breakdown in relations, as we could not visit one another since all the villages became no-go areas for all the parties. There was a high sense of hatred amongst everyone.

As a peace builder, I was seriously disturbed by the breakdown in relationships. So, I started a move towards reconciliation. I did this by talking to traditional rulers, women and youths. When they began to calm down, we worked together to make arrangements on how to meet with the Fulani and the Dangoma people. At first it was not easy to bring the communities together, but after a series of meetings and visits, we agreed to hear, understand and forgive each other. I am now working with women mediation committees.