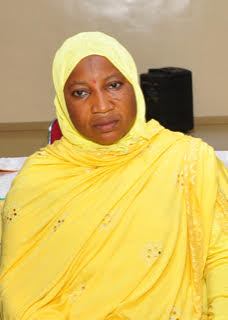 I work as a Muslim woman leader at the Federation of Muslim Women Association in Nigeria (FOMWAN), and a member of staff of the Jema’a Local Government. I am from the Hausa community in Kafanchan, Jema’a Local Government in Kaduna State, Nigeria. Jema’a is a place that has seen so much violence. Many ethnic communities – both Muslim and Christian – live there. I remember a time when all ethnic communities peacefully co-existed, shopped at the same market and government agencies served everyone. In 1998, the Emir of Jema’a Isa Muhamadu died and violence began.

The Kaninkon, Bajju, Fantswam and Ngwong ethnic communities who are mainly Christian said it was their turn to rule the Emirate or to be given their own chiefdoms. Soon it turned violent and many lives were lost and property destroyed. It was the first violent crisis between Christians and Muslims I ever witnessed, but after many peace dialogues, chiefdoms were created for all the ethnic communities.

In 2011, post-election violence, which turned to a religious crisis, happened. The sounds of gunshots were terrifying. I remember how afraid I was. I ran out from my house with my three children. I began running into neighbours’ houses seeking protection. All my three children were crying “mummy, mummy carry me”. I would run into someone’s house and then hear the announcement from the Mosque that the Christians were coming to attack. The owners of the home and I would then flee. I entered 16 houses this way, seeking refuge and ended up at the police station.

Thousands of people – both Christian and Muslim – died. The main market was burnt down. We all lost as Nigerians. This was the beginning of the ‘no- go areas”, places where only those who belonged could go. To date, there are places where Muslims cannot go and Christians cannot go. Again, peace returned through dialogues led mostly by NGOs. As a Muslim woman leader, I played a vital role through dialogue and preaching peace in Islamic schools, communities and at social events. I also mobilised the women in Purdah (this are women who are not allowed to go out by their husbands). I believe it is our responsibility to respect one another’s opinion by avoiding hate speech and incitement and believe that one day we shall have lasting peace in our communities.