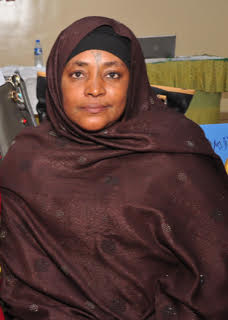 I come from Southern Kaduna of Kaduna State Nigeria where we are identified as settled Fulanis from KukumGidaKagoro. During the 2011 Presidential election, peace was interrupted by a conflict between the Fulani and their neighboring communities. Many Fulani, including two of my younger brothers were killed. Their houses and food in granaries were burnt to ashes. The Fulani moved to a place where they felt more secure in Sanga Local Government Area. The other communities regarded the Fulani as foreigners, yet they were on their own land. >Before the crisis all the ethnic communities co-existed peacefully, attend marriages and religious festivities together. During the crisis, I mediated between those fighting, telling people that God created us different, to give us an opportunity to respect and accommodate one another’s religion and opinion.

I also spoke to people about the danger of depriving their children of western education, which makes them a problem to the society. Since then, I have not stopped. I am still mediating because people respond positively to me. I want the Kaduna we grew up in to come back.