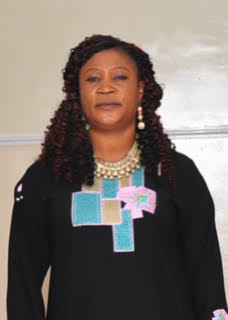 I am a civil servant by profession. I come from Jos North in Plateau State. We have several ethnic groups living there such as the Hausa, Fulani, and Yoruba. Many people are either Christian or Muslim. My husband is the traditional King of the Anaguta community who are Christian. I have been working with several NGOs to hold several peace-building meetings between communities because there has been violence – on and off – over the years claiming many lives.

This violence affected me directly. On the 30 September 2018, we were attacked. It happened very fast. At around 6.30 pm, we heard gunshots. They were shooting at the door. Within seconds, around 50 people surrounded our house. My family was in the house. We quickly found places for the children and ourselves to hide.

There was a Muslim man from the Yoruba ethnic community we had been hiding in the house so that the Christians would not kill him. The attackers, who were Muslim found him and as we hid, we heard him beg for mercy as they killed him. The attackers then found my son. I heard my son pleading too as they killed him. They then set the house on fire and left. My husband was hiding in the ceiling. When the fire became unbearable, he tore the iron sheets with his bare hands then jumped from the roof to the ground, dislocating his legs, which have never healed. But we managed to escape.

We held a meeting in the community with everyone, Muslims and Christians under a tree and talked at length – trying to understand why the violence was going on. It was unheard of that a King’s house could be burnt down and his son killed. To the Anaguta nation, this was an unimaginable taboo.

I have channeled my anger and hurt into peacebuilding between Christians and Muslims. I have worked in peacebuilding for many years. I coordinate peace- building activities of more than 300 women in Southern Plateau. There is still a huge communication gap between the Hausa Fulanis and the Yoruba, yet they are all Muslims, which means that the problem is also ethnic. There is always tension in my area and when our youth look at the remnants of our house, they “say sai mu rama”, we must revenge, but my husband and I consistently tell them “mu bari wa, Allah,” leave it to God.

I live with my parents and my husband lives somewhere else. We are rebuilding. Our community – the Anaguta – held a prayer day in which we spoke about the danger and consequence of disunity. At the commissioning of a new school by the Catholic Church, the Muslim leaders all came and we all – as Christians and Muslims – vowed to work together for peace.