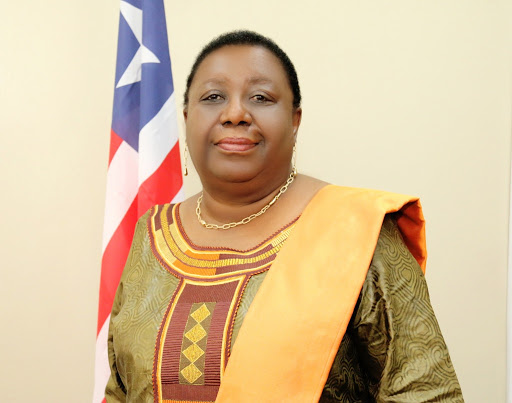 Marjon Vashti Kamara (born 13 August 1949) is a Liberian diplomat and politician who served as Minister of Foreign Affairs from 2016 to 2018.

Kamara was born on 13 August 1949 in Monrovia to Jacob and Edith Kamara. She attended Saint Theresa’s Convent High school and graduated from Western Michigan University with a Bachelor of Arts in 1970 and a master’s degree in political science in 1973.

Kamara began working in Liberia’s Ministry for Foreign Affairs in 1974, working closely with Cecil Dennis, before working at the United Nations High Commissioner for Refugees (UNHCR) offices in Ethiopia, Uganda and Geneva from 1983 until 1994. She was UNHCR’s Representative to Angola from 1994–1998 and to Tanzania from 1998-2001. She then became Director of the Division of Operational Support in 2001, before being appointed Director of UNHCR for Africa in October 2005.

Kamara was appointed as Liberia’s ambassador to the United Nations in New York on 8 October 2009. She chaired the fifty-sixth and fifty-seventh sessions of the Commission on the Status of Women and was elected to serve as Vice President of the sixty-sixth session of the General Assembly.

In 2016, Kamara was made a Dame Great Band and Chancellor of the Orders in the Humane Order of African Redemption.