Sylvie is a peace and security leader with more than 20 years’ experience. She is the current Africa region representative of Women’s International League for Peace and Freedom and President of the Cameroon section. She is also a Member of the African Union Steering Committee for the fund for African Women. Sylvie has been very instrumental in advocating for peace issues in Cameroon and in Central Africa by leading the advocacy process for 1325 NAP in Cameroon and greatly contributing to the UNSCR 1325 Central Africa Regional Action plan. Sylvie is also an African Union trainee in peace support operations.
For 22 years now, Sylvie was able to organize women’s groups across borders throughout Africa to find new solutions to the increasing security challenges on the continent. In 2016, she contributed to the setting up of the platform ‘’Cameroon Women for Peaceful Elections and peace education.’’
As coordinator of this women’s platform for peace in Cameroon, Sylvie has set up the first ever women’s election situation room with a call center to monitor electoral violence during the 2018 presidential election in Cameroon as part of an early warning mechanism put in place to contribute to building sustainable peace in Cameroon. The call center is equipped with a toll free number to enable fast incidents reporting before, during and after elections but most importantly and to sensitize and educate the population on non violence peacebuilding. She is also currently coordinating a Gender Conflict Analysis project in Cameroon aiming at understanding the drivers of the different conflicts, what the root causes are and how gender and gender relations influence or are in themselves a causal factor.
Sylvie also works with different actors in enhancing capacities of community women, women peacebuilders and mediators, provides technical support to different groups and networks of women in and out of Cameroon, as well as strengthening the role of women in peace processes. Further, she supports youth engagement in conflict prevention through the Social Media for Peace Campaign.
Sylvie has joined the Campaign to Stop Killer Robots since 2018 to urge all states to start negotiations on a legally binding instrument to prohibit fully autonomous weapons and retain meaningful human control over the use of force; She is currently the Francophone Africa Campaign Coordinator.
She feels that conflict prevention is key as it is less costly to prevent conflict than to deal with the effects of war. Talking about conflicts, she feels that Men alone are not the solution, weapons are not the solution. For her, ‘’NO DEVELOPMENT IS POSSIBLE WITHOUT PEACE AND NO PEACE CAN BE ACHIEVED WITHOUT WOMEN”. 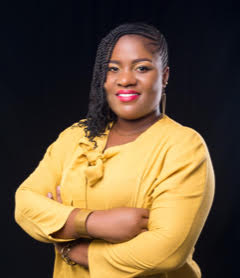